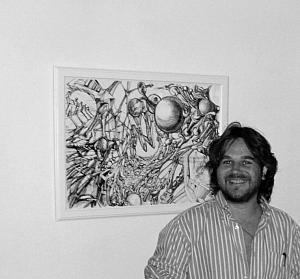 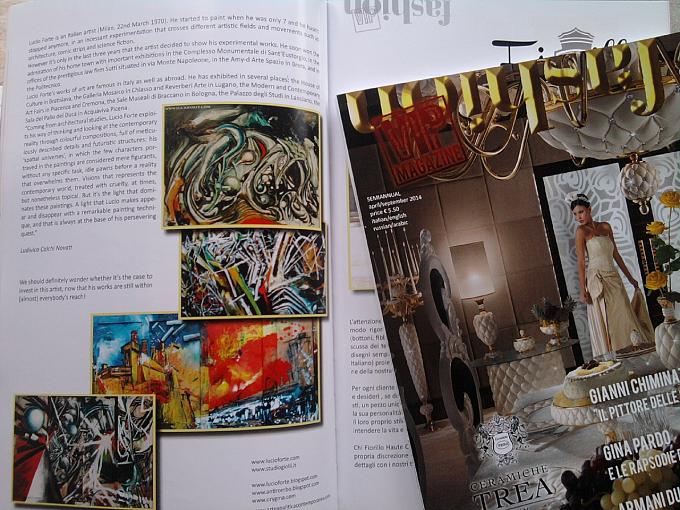 Lucio Forte is an Italian artist. Its production of oil paintings begins at age of 7 and continues during his life in a continuous experimentation , with constant intermingling with other artistic disciplines such as architecture, comics and science fiction. Only in the last three years, however, the artist decide to exhibit his experimental work. In a very short time he conquer his hometown with major exposures at Monumental Complex of Sant'Eustorgio , in Via Monte Napoleone at the prestigious Sutti law offices , in the Brera district at Amy -d Art Space and at Polytechnic . Its production is also widespread in the rest of Italy and abroad, infact he exhibited at Bratislava's Cultur House, at historical Mosaic Gallery in Chiasso and at Reverberi Arte in Lugano, and even at Modern and Contemporary Art Fairs of Piacenza, Bergamo and Cremona,  at Paratissima in Turin, in the museum rooms of the Baraccano in Bologna, at Palazzo degli Studi di Lanciano, at Marguttiana in Forte Dei Marmi and at the Hall of the Palio of the Duke in Acquaviva Picena.
We should definitely wonder whether it's the case to invest in this artist, now that his works are still within (almost) everybody's reach!